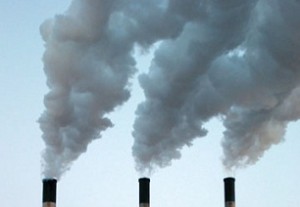 Compared to natural gas, the US is using proportionately less coal than it once did for generating electricity. “Proportional,” though, doesn’t necessarily means less overall. In fact, despite some up-and-down fluctuations, coal consumption in the US has been hovering at around 1 billion short tons per year since 1996, according to the US Energy Information Administration (EIA).

The US remains the world’s second-largest consumer of coal. And, globally, coal use has been on the rise, growing by more than 70 percent between 2000 and 2010, with China dominating the market. Not only is China the top consumer of coal … it’s also the leading producer by far.

“China’s share in global coal production is almost four times that of Saudi Arabia’s production of oil,” the International Energy Agency (IEA) notes in its “Medium Term Coal Market Report 2011.”  “Its share in global coal consumption is more than twice that of the demand for oil in the United States. Overall, the Chinese domestic coal market is more than three times the entire international coal trade. Therefore, any imbalance between Chinese production and demand has the ability to have a large impact on global coal trade.”

It’s largely because of China’s huge appetite for coal that the global outlook is “marked by extreme uncertainty,” the IEA states. The country is already consuming about half of all the world’s coal every year. It’s uncertain how much longer that trend could continue.

In fact, even though global reserves are “plentiful,” as the IEA puts it, coal is facing price and production pressures similar to that of oil: wildly increasing demand has forced producers to turn to more marginal — and more expensive to produce — sources to keep up. With many of those sources farther away from export infrastructure, and because of shipment bottlenecks in transport, the result has been “significantly higher costs of supply.”

All those challenges aside, though, how much coal is realistically left worldwide?

In its most recent World Energy Outlook, the IEA estimates that “economically exploitable” global coal reserves add up to 1 trillion tons, or “some 150 years of production in 2009.” That’s 3.2 times as much energy as natural gas can supply us with, and 2.5 times that of oil.

And what about the coal that’s not currently economically exploitable with current technology? Add that to the mix, and the world has some 21 trillion tons of coal buried underground … enough, in theory anyway, to keep meeting 2009-level demand for more than 3,000 years.

Whether that coal remains affordable, both literally and figuratively, though, is another matter. Harder-to-produce supplies, transport challenges and health, safety and environmental regulations all add to the price of coal, and supply costs have already gone up by an average of 12 percent a year since 2005. As affordable oil supplies are depleted, coal-to-liquid technology might become an option to create fuel for cars and trucks — but that’s a costly (not to mention carbon-intensive) process.

And then there’s the carbon footprint of coal itself — far higher than that of oil or natural gas. If we keep burning the stuff at current rates (or ever higher ones), we’ll be adding yet more carbon dioxide to an atmosphere that’s already more carbon-heavy than it has been for 15 million years. Considering that, back then, “global temperatures were 5 to 10 degrees Fahrenheit higher than they are today” and sea levels were anywhere from 75 to 120 feet higher than they are now, we might want to look seriously at other energy alternatives than coal.