How many Brits does it take to change a light bulb? 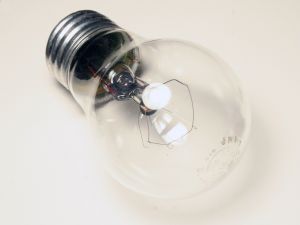 Answer: About 11.37 million, according to CombatClimateChange.co.uk.

The 47% of Brits who have yet to replace their light bulbs with low-energy alternatives simply need to take action in advance before the end of British Summer Time, when they will turn their lights on one hour earlier.

Energy expert Stewart Grew from CombatClimateChange.co.uk, says: “If you changed eight ordinary 100w bulbs to the equivalent 18w low-energy bulb, and they were turned on for 4 hours a day, you would reduce your electricity bill by £102.48 per year and your CO2 contribution by 412kgs, nearly half a tonne.

“The new bulbs would have paid for themselves in less than five months, and they’d still last for another 15,000 hours.

“Even if you don’t believe climate change is real, why would you not want to save money?  A simple change can make a massive difference, for your finances and the planet.”

CombatClimateChange.co.uk calculates that if we changed every ordinary GLS bulb across the nation to a low-energy bulb, we could save £1.5 billion annually and reduce our CO2 emissions by more than 7.6 million tonnes.
According to the Energy Saving Trust, if every household installed just one energy-saving light bulb, the electricity saved in a year could power the Blackpool Illuminations for nearly 900 years, and there would be enough carbon dioxide saved to fill the Royal Albert Hall 1,980 times.