How does Aviva insure its CSR on the environment? 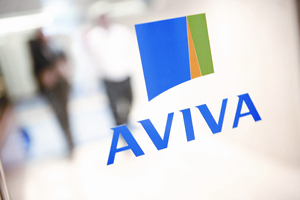 Aviva’s just put out its 2008 CSR report and, rather handily, it’s even divided into sections so Greenbang can skip all the dull bits and just go straight to the bit marked ‘environment’.

As the first insurer to make our global operations carbon neutral, we offset our outstanding carbon emissions by retrospectively investing in projects that generate carbon credits, either through carbon mitigation or renewable energy.
The schemes, administered in 2007 by carbon brokers Climate Care and CarbonAided, are a balance of commercial and social projects, and include:

Early in 2007, the newly formed Energy Steering Group issued a UK energy policy and a ‘5, 4, 3’ strategy to reduce like-for-like usage of electricity by 5%, gas and CO2 by 4%, and water by 3%. More than 50 energy-saving initiatives have been employed, including removing backlights from drinks machines, trialling a device that stops boilers firing up unnecessarily and investigating automated power-saving modes on PCs. The reductions achieved have generally exceeded expectations: water use was reduced by 4.8% and gas by 12.3%. Electricity use also fell, by 3.9%, and although we use zero emission electricity, the equivalent saving is still more than 314 tonnes of CO2.

To save energy, Aviva Australia phased out the use of screensavers during the year, and all computers now switch to ‘sleep’ mode after 10 minutes of idle activity.

In 2008, we have set ourselves a global reduction target on carbon emissions of 5%. […]

In 2007, 61% of our worldwide electricity was purchased from suppliers providing renewable and zero emission electricity generated by wind, solar, biomass, hydro, and combined heat and power (CHP) sources, an increase of 6% from last year. […]

Aviva Group Centre achieved an 8.6% reduction in electricity consumption through simple initiatives such as ‘The Big Switch Off’, in which all non-essential lighting and equipment are turned off at night