How do we tackle the resource uncertainty principle? 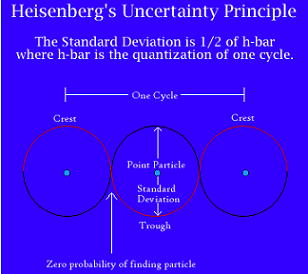 We face a serious resource problem and, no, it’s not the one you’re thinking of. Yes, energy’s an issue. So is water. And food. And peak metals. And biodiversity. And climate (yes, we consider a liveable climate a natural resource). The list goes on.

The challenge that overrides all these is this: Every time we try to solve a problem involving one resource, we have an impact on all the other resources, sometimes for the worse. And when we then try to solve that problem, another one pops up in yet a different area.

It’s akin to the Heisenberg uncertainty principle, which — as it applies to quantum physics — goes something like this: the more precisely you try to determine one property of a subatomic particle, the less precisely you will be able to determine a different property. In other words, if you try to pinpoint an electron’s position, you’ll be less able to describe how fast it’s moving.

Anyway, enough with the physics. Getting back to our resource problem, here’s the issue: When we try to cure our fossil fuel addiction by turning to biofuels, we affect our water consumption too. Similarly, when we ramp up the production of electric cars to curb carbon emissions, we start using more precious metals and rare earth elements (for things like batteries).

Consider a recent report from the Campaign for Better Transport which found that the UK’s road building programme often not only doesn’t reduce congestion — the programme’s stated goal — but creates new economic and environmental problems as well.

Even something like improved energy efficiency, which seems like a no-brainer for reducing our energy consumption, doesn’t always pan out as intended, as economists Daniel Khazzoom and Leonard Brookes argued in the 1980s. Their so-called Khazzoom-Brookes postulate (great name, eh?) finds that better energy efficiency actually leads to more energy consumption, not less.

So how can we tackle this century’s most pressing resource problems without falling prey to Heisenberg, Khazzoom and Brookes? For one, we need to stop viewing each problem as an individual problem to be solved. They’re all intertwined.

That means thinking more along the lines of this: “Do you know how much water it takes to light your house? How about the electricity involved in watering your prize-winning tulips?” Two energy experts who recently took part in a discussion organised by the American Association for the Advancement of Science advocated just such an approach.

“Without efforts exploring how we can better use water and electricity … business as usual will put us on a collision course with these two natural resources,” said Michael Hightower, the Water for Energy project lead at Sandia National Laboratories.

“As we address global challenges such as climate change and resource availability, we cannot afford to concentrate on each one in isolation,” added Audrey Leath, senior public policy associate at the American Chemical Society. “We must be cognisant of the relationships between them and the trade-offs we’re making.”