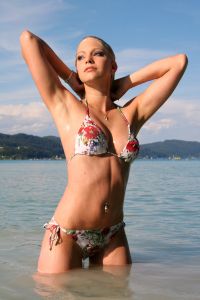 Yup – it’s the bootylicious Swedes who have come up with a cracking plan to use human body heat to power an office.

Jernhusen, a state-owned company, came up with the idea to take the body warmth from commuters who pass through Stockholm’s Central station, and use it to warm the office.

According to Reuters, body heat already warms the station, but there’s an excess supply of it that the company has started to use for up to 15 per cent of the heat.

“We had a look at it and thought ‘We might actually be able to use this’,” said Karl Sundholm, project leader at Jernhusen, which also owns the station. “This feels good. Instead of just airing the leftover heat out we try to make use of it.”

It’s a lovely idea – and one that if adopted widely could help Sweden to achieve its ‘no fossil fuels by 2020’ target.