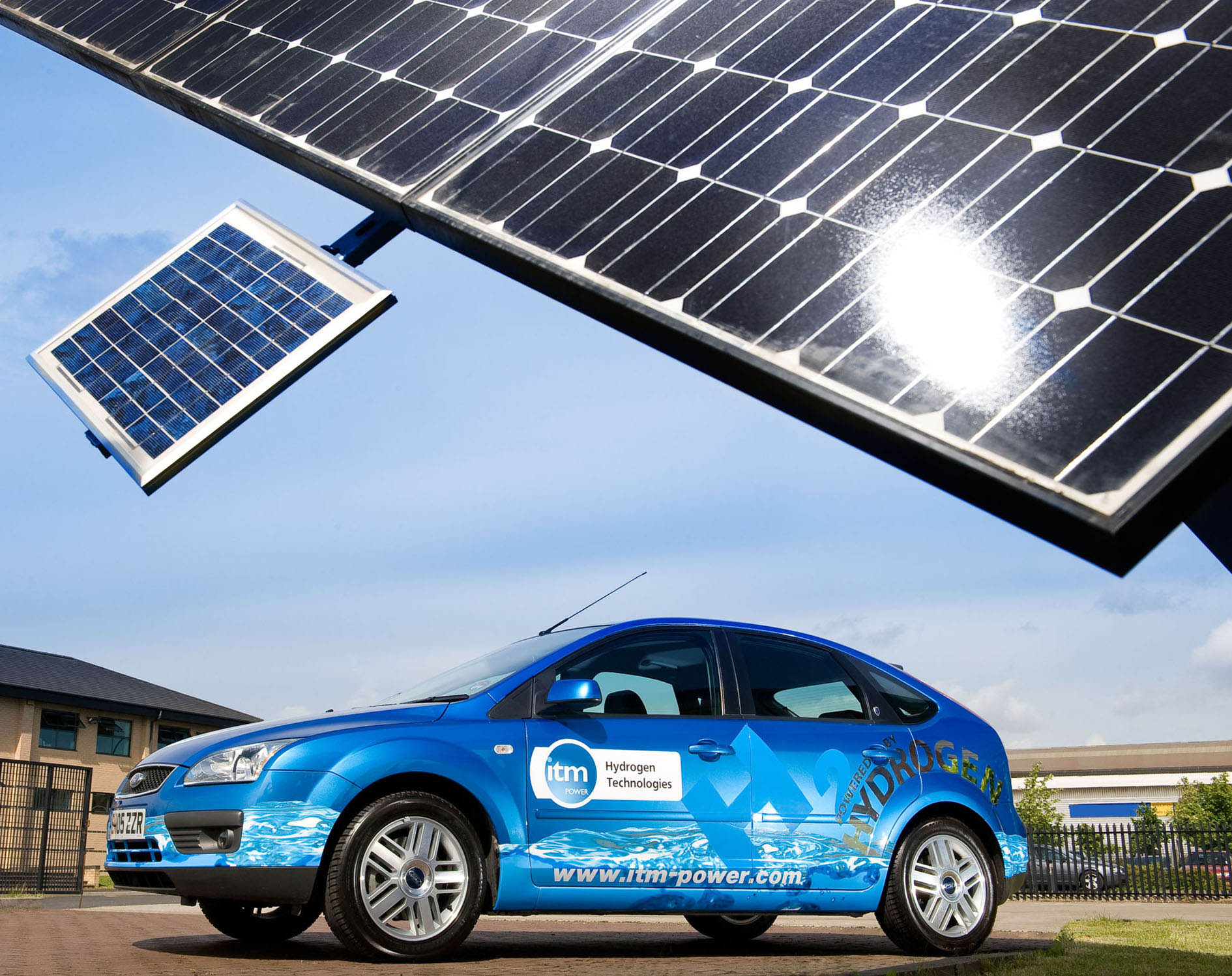 Having spent the first seven years of her life there Greenbang always had a soft spot for Sheffield.  She occasionally yearns for the Monty Python ‘warm handful of gravel’ and ‘working 14 hours down mill’ but there’s now another reason to love the city.

Sheffield based ITM has just announced a home hydrogen generator which will be available to buy within two years.  To test the device the company also had a Ford Focus converted to run on hydrogen. The announcement should help overcome one of hydrogen’s stumbling blocks, availability.

According to the release:

It has taken scientists and chemists at the company’s Sheffield research base, currently Europe’s largest electrolyser and fuel cell development centre, eight years to create a low-cost means of manufacturing hydrogen. Its patented electrolyser-based refuelling station uses a unique low-cost polymer which dispenses with the need for expensive platinum and can be manufactured at 1 per cent of the cost of traditional membrane materials.

The demonstration vehicle can travel 25 miles on a single recharge of hydrogen from the refuelling station, allowing it to complete most average commuter journeys without the need for the back-up petrol supply. If the hydrogen is compressed the range can be extended to 100 miles.

The Ford Focus was chosen by ITM Power because it is one of Europe’s top-selling models. In its converted form, it is effectively a bi-fuel vehicle, capable of being switched back to petrol if the hydrogen supply is exhausted.

A spokesperson for the company told Greenbang the device “would be available for roughly the same cost as a domestic boiler, so 1,800 to 2,000 pounds.”

The device can be powered by renewable energy such as a home wind turbine but the company believes most will come from the grid giving an anticipated cost of 80p per litre of hydrogen.