heating7
The UK government has today announced the details of the Renewable Heat Incentive (RHI) policy which is set to revolutionise the way heat is... 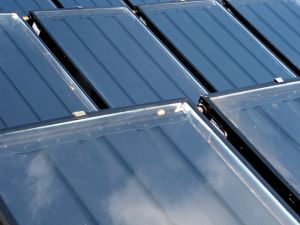 The UK government has today announced the details of the Renewable Heat Incentive (RHI) policy which is set to revolutionise the way heat is generated and used in buildings and homes across the UK. It is the first financial support scheme for renewable heat of its kind in the world.

The RHI is being introduced to build the UK renewable heating market as heating currently accounts for 47 per cent of total UK final energy consumption and 46 per cent of carbon emissions. Similar to the feed-in tariff (FIT) in substance, the RHI works on the principle of a tariff rate being set for energy produced by the system, with varying prices for each technology. Technologies to be supported by the scheme include:

The scheme is slightly more complicated than the FIT and is set to be introduced in two phases. The first phase involves long-term tariff support targeted at the non-domestic sectors (industrial, business and public sector), which are typically the biggest heat users and which contribute 38 per cent of the UK’s carbon emissions. This phase is expected to start on 1 July of this year and will also cover up to 25,000 household installations with support of £15 million.

The second phase of the RHI scheme will see households moved to the same form of long-term tariff support offered to the non-domestic sector in the first phase. This transition will be timed to align with the “Green Deal” that is intended to be introduced in October 2012; it will also coincide with the time when a number of other technologies and fuels that are not supported from the outset are introduced.

The government has clearly attempted to plan much more vigorously for the RHI compared to the feed-in tariff, which has seen great uncertainty due to the government being timid toward growth, particularly for large-scale solar photovoltaic (PV) installations.

During the first phase of the RHI, installations will be monitored to enable government, manufacturers, installers and individuals to better understand how to achieve maximum performance in real-life situations in people’s homes. Chris Huhne, Secretary of State for Energy and Climate Change, said in his ministerial statement that the initiative is both “fair” and delivers value for money. Those who pursue installations under the premium payment must also adhere to strict criteria, including having a well-insulated home based on its energy performance certificate and agreeing to give feedback on how the equipment performs.

Once the second phase starts, households signed up in the first phase will be able to transfer across to the RHI tariff payments. Systems are eligible for tariff payments for 20 years at the rate when first installed, and these increase in line with the retail price (RPI) index.

The impact of the RHI will be significant, with the £860-million scheme expected to increase green capital investment by £4.5 billion up to 2020, stimulating a new market in renewable heat. It will also increase the number of industrial, commercial and public sector installations by seven times to 2020, as well as support 150,000 existing manufacturing, supply chain and installer jobs.

Considering over 95 per cent of heat in the UK is currently produced from burning fossil fuel, this incentive will change the UK heating market drastically. Current estimations predict there will be 110,000 installations in the commercial and public sector by 2020, supplying 25 per cent of the heat demand in these sectors.

Since the government has been able to better plan this renewable incentive compared to the feed-in tariff, there should be less uncertainty within this soon-to-be-rapidly-expanding market, as there is a buffer period between the first and second phase. For the UK renewable heat energy market to successfully and quickly grow from the beginning of the policy, marketing and education must begin now. With the feed-in tariff, initial uptake was slow due to a lack of knowledge and understanding of the policy, so marketing and education are vital. In the UK, the solar thermal collector market should benefit the most from the RHI (much in the way that solar PV did from the FIT), so the greatest opportunity will be in this market.

This incentive policy lays the foundation for the UK to become a world leader in renewable heat energy, as this is the first initiative of its kind anywhere. As long as the education and marketing are taken care of, there is every reason to succeed in that goal.