Harry Hill reveals his nuts to us 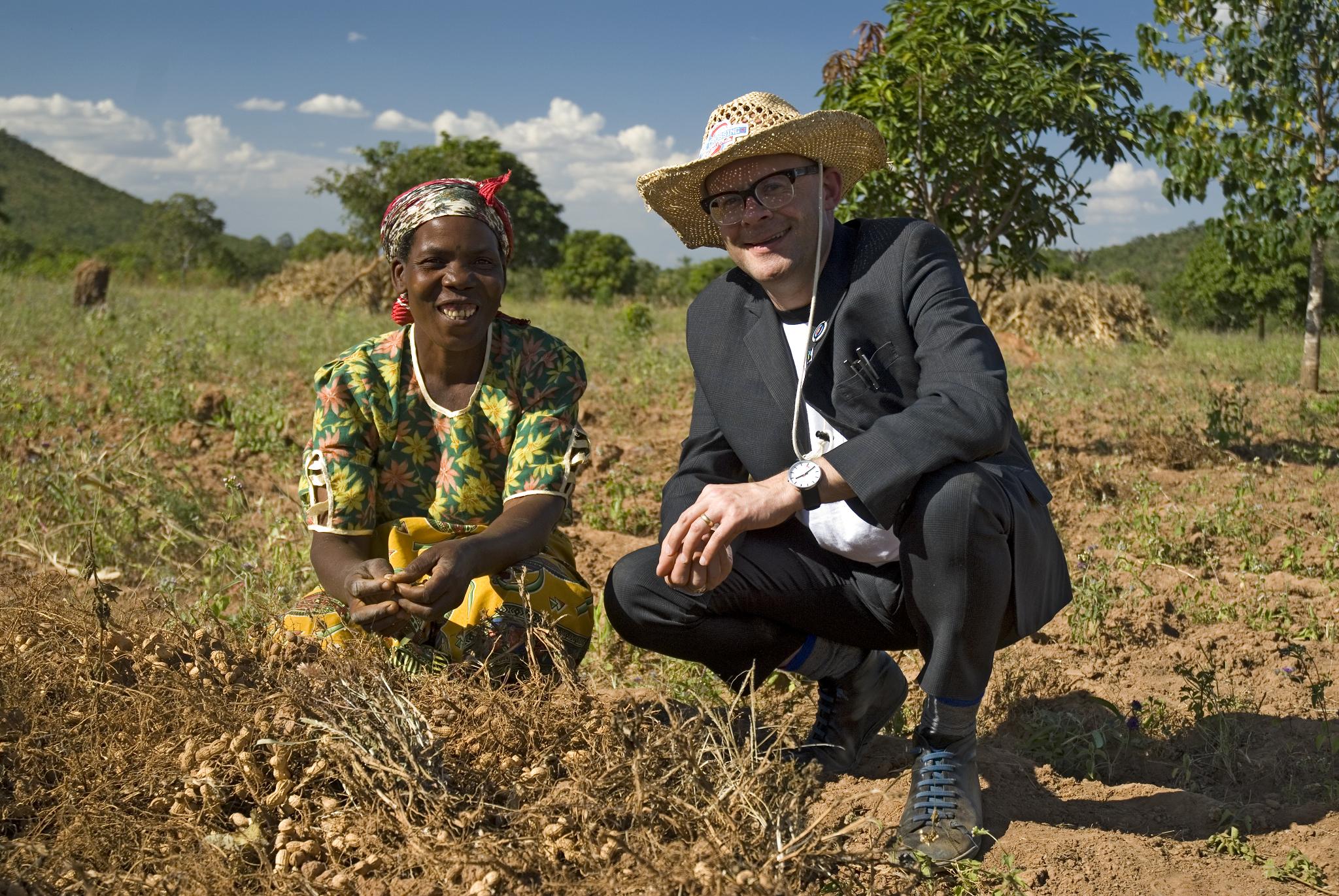 Harry Hill – the genius behind Harry Hill’s TV Burp – is getting behind Fairtrade nuts. Greenbang went down to Harry town to find out what he’s really up to.

Harry – how farmer-friendly are your nuts?

Well they are 100 per cent Fairtrade and not everyone knows this but Fairtrade standards encompass environmental standards as well as paying a fair price to farmers.

My nuts come from farming groups which are joint owners of the Fairtrade nut company Liberation. Some of Liberation’s farming organisations are working towards organic certification or are already selling organic produce as a secondary crop.  However the nature of smallholder systems is that minimal inputs are used. Most of Liberation’s smallholders grow tree nuts which soak up carbon.

The peanuts in Harry’s Nuts come from a plant that is a legume which fixes nitrogen. By including peanuts in their crop rotations the farmers are reducing their dependency on nitrogen fertilisers which are petroleum based. In addition the peanuts for Harry’s Nuts! are all transported by ship.

The Liberation farmers are supported by Comic Relief which has paid for peanut shellers in Malawi and Mozambique. These are of huge value to the farmers because they mean the nuts don’t have to be shelled by hand which is timeconsuming and often painful. The farmers have more time to work their fields.

Why did you want to sell nuts? Aren’t you rich enough?

I  wanted to sell these nuts as I thought they might stand a better chance with the added value of my name attatched. I’d been involved loosely with Fairtrade since 2002 and thought it was time to get more involved.
I’m not making any money out of the venture, and no I’m not rich enough either. 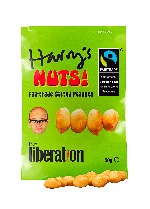 Reveal your nuts to Greenbang – give us the pitch…

Dark roasted for extra flavour, tasty salted nuts in a handy 50g bag for almost every occasion, and helping farmers in developing countries get a fair price for their work.

(No more nuts now) What got you involved with this?

I’d visited Ghana for Fairtrade in 2002 and seen Banana and Cocoa farms and as I was especially keen on nuts I wondered wether Fairtrade had any nut plans. They’d just started up Liberation, the UK’s first Fairtrade nut company and so thought it was a good idea too. I then went and visited the farmers in Malawi who cultivate the nuts which confirmed in my mind that it was a good idea.

Are you involved with any other feel-good initiatives?

Not really, I do odd bits and bobs as the requests come in.

Where do you get your shirts made?

A gent called Dometakis in Great Portland St London W1. He makes shirts for a lot of us showbiz types.

You trained as a doctor – what is it about helping people?

I’d been led to believe it was but there was a lot of paperwork and hanging on the telephone trying to find a bed for a sick patient.

The Earth is having a hard time. What should people do to help other than buy nuts?

Turn all appliances off at the mains, oh and try and find a way out of using fossil fuels. I think probably someone’s got to invent something.

Would you like to be patron saint of Greenbang? We’ll give you a Greenbang T-shirt, some jam and a free column whenever you’d like to have a rant.

What’s the catch? How big’s the jam ?

I mentioned the nuts, right…?

Thank you for taking time out.

For more information on Harry’s Nuts! and to get a pub/ off licence/ shop/workplace/cafe near you to stock them please go to www.chooseliberation.com/harry