Growing, glowing energy not the answer to climate change: study 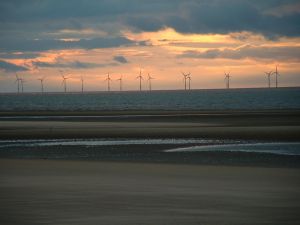 What’s the best overall source of energy if you take into account factors like climate change, sustainability, pollution, human health and reliability? Not biofuels, nuclear power or so-called clean coal, according to a new study from Stanford University.

Nuclear, coal with CCS (carbon capture and sequestration), corn ethanol and cellulosic ethanol? Not so much, Jacobson says.

“The energy alternatives that are good are not the ones that people have been talking about the most,” he said. “And some options that have been proposed are just downright awful. Ethanol-based biofuels will actually cause more harm to human health, wildlife, water supply and land use than current fossil fuels.”

Jacobson reached those conclusions after conducting what he claims is the first quantitative and scientific evaluation of energy sources based on their potential, along with their impacts on global warming, energy security, human health, water supplies and pollution, space requirements, reliability, sustainability and wildlife. His study assessed each alternative’s full impact assuming each was the sole source of energy for all the vehicles in the US.

Among the results that might surprise you: cellulosic ethanol actually scored worse than the now much-maligned corn ethanol. Jacobson said cellulosic fuels result require more land than corn while creating more pollution and harm to wildlife.

“There is a lot of talk among politicians that we need a massive jobs program to pull the economy out of the current recession,” Jacobson said. “Well, putting people to work building wind turbines, solar plants, geothermal plants, electric vehicles and transmission lines would not only create jobs but would also reduce costs due to health care, crop damage and climate damage from current vehicle and electric power pollution, as well as provide the world with a truly unlimited supply of clean power.

Jacobson’s research is published in the new edition of Energy and Environmental Science.

Anyone care to forward a copy to President-elect Barack Obama?