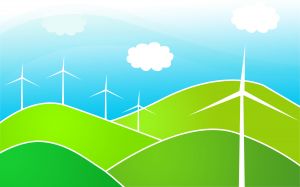 GreenPower – a Scottish alternative energy company – has won a £60m contract to build a 60MW wind farm with 20  turbines in, yes you guessed it, Scotland.

Greenbang is getting a lot of reports of Scottish eco-initiatives.

The Scottish Government has given the green light for the project in Carraig Gheal Wind Farm in Argyll and Bute.

The press release says the annual output from the project would be equivalent to the average electricity consumption of up to 32,000 homes.

Construction of the Carraig Gheal Wind Farm is expected to start in 2009 and be operating by the end of 2010.