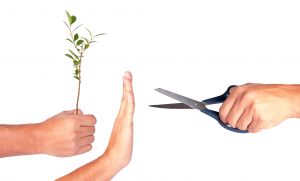 Protestors from the organisation Greenpeace have seized control of a power station in Kent.

Fifty people entered the Kingsnorth plant early this morning and chained themselves to machinery to stop the station working.

The Guardian has this:

Robin Oakley, a senior energy campaigner at Greenpeace, said the protest posed no risk to the energy supply.

“Taking one power station off the national grid will not lead to a blackout,” he stressed. “There is plenty of spare supply in the system.”

The protestors are hoping to keep closed the fifth biggest polluter in the UK – which produces 20,000 tonnes of CO2 a day – for as long as possible, in order to draw attention to Gordon Brown’s refusal to veto plans to build a new coal plant on the site.

“The proposal by German energy company E.ON to build a new coal-fired power station on this site which will emit up to 10m tonnes of C02 a year for the next 50 years are totally at odds with government targets for cutting CO2 emissions,” said Mr Oakley.