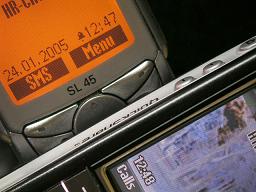 According to Greenpeace, ‘E-waste’ (audio equipment, mobile phones, computers and gadgets) is the fastest-growing source of municipal waste in the world, contributing up to 5% of waste globally.

As countries are developing, they are beginning to contribute to the world e-waste levels. Greenpeace says that by 2010 there will be 178 million new computer users in China and 80 million in India. Not just PCs have become throwaway items: the average lifespan of a cell phone is now just 18 months.  The reason for throwing out electronic items is often not flaws in the hardware but changes in the software. Microsoft’s Vista operating system, for example, is blamed for rendering million of computers obsolete since they can’t run on the new system.

Sending used electronics to landfills is being strongly discouraged, and 80% of global e-waste is now going to Asia. The EPA reports that for companies in the developed world it is up to ten times cheaper to export the waste to places such as India and China than to deal with it at home.

There are international laws which prohibit exportation of e-waste, although the only major industrialized country which hasn’t ratified is the US.

Greenbang is starting to see a pattern form.