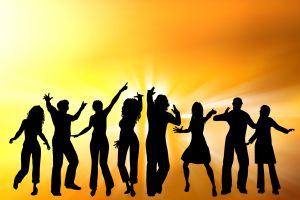 I am delighted to invite you to Greenbang’s 1st birthday party on June 19th in London. Please mark the date in your diary.

We’re putting some money behind a bar in a location that will be disclosed later this month, as we haven’t booked it yet.

We reckon we’ve got a couple of sponsors for the night, but just in case they pull out, we should have it covered. You just need to email me: dan@theglobalview.com to put your name on the list. We just need to know who’s coming.

I have to say, it’s pretty cool for me that Greenbang has almost made it through one year of business. It has also made a tidy profit and seen a huge rise in traffic during that time.

I wish I’d kept a blog of the business developments as well as the green news. It’s been a real learning curve, having moved from journalism into blogging and then blog-publishing. I gained a business partner and lost him; fell out with some utter wankers in the media industry who thought this would come to nothing; and learned how to sell, and how to accept failure when some things just fell through.

The vastly changing media landscape is also more noticeable now as well. People listen to bloggers and in many cases before the ‘traditional’ news organisations.

Blogging is a funny thing – it’s still pretty young, but if you look at some of the early journalism in Victorian London, it wasn’t so different. I think it was in 1849 that Charles Dickens wrote an account of a public hanging that went onto the front page of the Times. It wasn’t written objectively (if there is such a thing) but very much subjectively. How things have changed.

Being a small blog today, it’s very easy to change the look of the website, or even the focus for a day or two, without having to ask anyone. You can grow to a workforce of 20 overnight and be back down to a skeleton crew for August, when everyone is on holiday.

And the tools available make it so much easier to produce content than ever before. You’ve got YouTube, qik.com, jellycast and of course WordPress – these tools are free, but the publishing houses have to make or pay for their own tools, which is expensive, timely and often they’re not quite as good – all for the sake of stamping a brand on the tool….

Being small, it also means there are fewer overheads, which means it’s easier to profit. Speaking of which, I’d like to say a massive thank you to our sponsors this year – Kyocera who backed us from the start, and more recently Delta Simons.

We’ve now got more than 60,000 readers a month who tune into Greenbang – something I’m pretty chuffed about given this just started as a little blog 12 months ago. We reckon we’ll soon be at 100,000 if things keep going the way they are. If we grow a bit more, we could probably smash that, but we’ll have to see how things turn out. There is after all a credit crunch here.

But we know our readers in one way or another all deal in sustainability – whether as employees, entrepreneurs, venture capitalists or just the finance guys who hold the purse strings.

There might not be formal business structures for jobs in sustainability yet, but one way or another, firms are getting serious about this as we saw from the reader survey earlier this year.

I’ve also seen the Greenbang team grow from, err me, to five other people: My brother Chris has helped with some of the behind the scenes bits and bobs; Dave – the best web wizard I have ever met – with the techie stuff; Yan Yan in Beijing, who gives us a different perspective on China other than the usual damning reports; Jumperhead – who changed Greenbang to a sheila; and Alex, who has helped to drive sales. Ewan MacLeod of SMS Text News gave Greenbang a push to get going, so big thanks to him.

So we’re now in a position where CNBC takes the news feed and we keep getting linked to by national news organisations, such as the Times and the Washington Post.

I think there is only one thing to say about that – thank you for reading and for being part of this little community. And please come along to the party. The drinks (hopefully all of them) are on me.