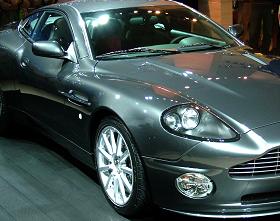 Vroom! The man responsible for cars that can make your loved one whip down their strides quicker than you can say ‘I love you’, is turning his thoughts lightly to an eco-friendly supercar.

Supercars are usually the reserve of engines that do more to harm the environment than , but the new Fisker sports car will be different.

Henrik Fisker, who made the Aston Martin DB9 and the BMW Z8, is creating a £50,000 four-door sports saloon, set to be launched at the Detroit Motor Show in January.

Here’s the detail from :

The technology underneath is all-new. Described as a plug-in hybrid, the Fisker can run for 50 miles on a single charge. Only when the batteries are drained does the conventional engine kick in. There will be a choice of a petrol unit or diesel and Fisker says a tank range of 620 miles is possible with the latter. The car maker reckons all versions will easily return more than 100mpg.