Green shoots of a different kind: Signs of relocalisation? 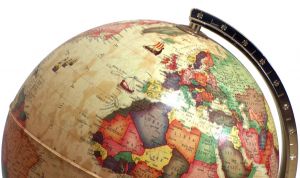 After decades of sending manufacturing operations to cheaper labour markets overseas, could the West being seeing the first signs of a sea change? Is it possible the next great economic shift will be away from globalised markets and back to local manufacturing?

What Forum for the Futures’ Hugh Knowles describes as “weak signals” — subtle indicators of future changes to come — might be appearing in a few developments of late. Consider, for example, recent announcements from both GE and Siemens that they will invest tens upon tens of millions to build new wind-turbine manufacturing plants in the UK. Both announcements followed the release of the UK’s 2010 budget, which includes £60 million to develop ports for the wind turbine industry.

Days after the budget statement, Siemens said it would build a new £80 million wind-turbine production plant in the UK that could add more than 700 jobs to whichever region it ultimately chooses for construction.

GE took the plunge even more quickly, announcing one day after the budget statement that it would invest €110 million (£98.7 million) in offshore wind-turbine manufacturing plants and other engineering resources in the UK. In total, GE expects to spend €340 million (£305 million) over the next 10 years on wind-energy-related facilities in the UK, Germany, Norway and Sweden.

Could these be the first new green shoots of a different kind of economic revival — the back-to-local economic model experts like Jeff Rubin believe will be unavoidable as the globe watches the age of cheap oil fade away in the rear-view mirror? What do you think? Let us know in the comments section below.