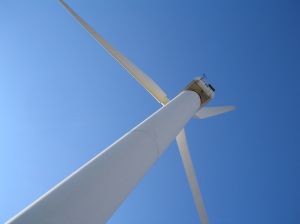 The government has given the go ahead for one of the UK’s largest offshore wind farms, near Walney Island off the coast of Barrow-in-Furness in Cumbria.

The 500MW ‘West of Dutton Sands’ (obviously not many people turned up for the brainstorming session to come up with a name) wind farm will be made up of up to 139 turbines and the developers, Morecambe Wind Limited, claim it could provide the equivalent of around 372,000 homes with clean electricity.

And, in something of a buy-one-get-one-free wind farm frenzy, the government has also approved an updated application from Ormonde Energy Limited to build a 150MW wind farm of up to 30 turnines near Walney Island.

“These wind farms demonstrate our commitment to dramatically increase the amount of energy we generate from renewable sources, helping to cut the UK’s carbon emissions and secure our energy supplies.

“Companies want to build here because we have made the UK one of the most attractive places to invest in offshore wind. It won’t be long before enough offshore wind power is plugged in to the grid to make us world leaders, a fantastic achievement in less than a decade.”

So how does the UK’s offshore wind energy capacity look now – well, there are five offshore wind farms currently under construction in UK waters. These are: