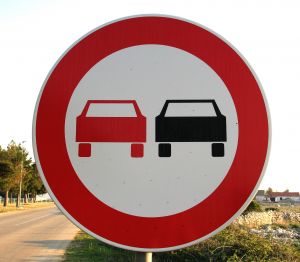 Greenbang failed its first driving test within seconds of driving out of the test centre when the examiner had to slam on the brakes to prevent the hapless Greenbang mowing down an old biddy crossing the road. The sadistic examiner then made Greenbang complete the rest of the test in the full knowledge there was absolutely no chance of being passed.

Now, in addition to the traditional stresses of the three-point turn and reversing round a corner, fuel-efficient and “eco-safe” driving techniques will be included as part of the practical driving test for budding new motorists.

The government has also dedicated an extra £3m to the ‘ACT on CO2’ campaign promoting smarter driving techniques that could help motorists save on fuel costs.

The Department for Transport has conducted trials to test the effects of eco-safe driving techniques and says these demonstrated that fuel savings of between 5 per cent and 17 per cent can be achieved  – equivalent to about one month’s saving of fuel each year.

“Common-sense changes can make for major improvements. Drivers can save around a month’s worth of fuel each year by taking simple steps, like ensuring their tyres are correctly pumped up, changing gear earlier to keep revs low and avoiding carrying unnecessary clutter in the boot.”