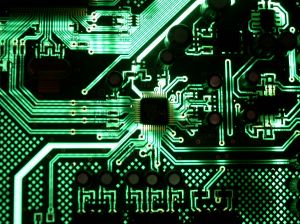 Some of the world’s biggest IT companies are failing to embrace a low carbon economy and tackle climate change, both within their own organisations and in developing products that will help their clients cut their carbon footprint.

That’s probably not a shock to most readers of Greenbang, with the IT industry being one of the biggest consumers of energy and contributing to two per cent of global CO2 emissions, but these are the findings are from an assessment of the green credentials of 24 global IT companies by analyst Gartner and the World Wide Fund for Nature.

Depressingly, while the survey found several low carbon IT companies and a few maintaining the status quo, it revealed the IT industry overall has been slow to embrace the low carbon economy, despite opportunities such as smart buildings and grid applications, and travel substitution.

Out of the 24 companies invited to participate in the survey, only 15 chose to participate. Fujitsu, BT, HP and IBM did well in virtually every category but others, including  Wipro, Nortel, Verizon, China Mobile, and Lenovo didn’t fare so well.

And while Google has been loud in shouting about its green credentials the study found some room for improvement on basic environmental practices, supply chain and solutions for low carbon economy at the web search giant.

One of the categories IT companies were assessed on was environmental policies. The study found Google does not have an environmental policy and while Nortel and Cisco do, the survey labels them bland and non-committal compared to BT’s policy, “which is specific, challenging and linked to key performance indicators”.

Greenhouse gas  targets are also one of the most basic requirements of a climate change programme but the study found many IT companies failed on this. Companies without greenhouse gas targets at the time of the survey included Nokia, Ericsson, Google, Nortel, Cisco, SAP, and Wipro. Lenovo and Cisco have very recently set themselves a target.

More details on the study from Gartner here.