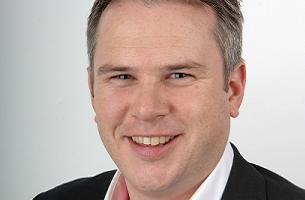 Matthew Neilson is the Head of Environmental Solutions for the Royal Mail. He’s keen to deliver the company’s green initiatives to our cyber door.

He’s been kind enough to write us a piece on the subject.

Here he is. He looks quite friendly.

Everyone has a role to play in helping the UK achieve the targets of cutting carbon emissions by three per cent each year and by 80 per cent when we reach 2050 – and the government that set them is determined to play its part.

By sheer necessity, local and central government must communicate a huge number of messages to the public in its widest sense, but also to niche groups in our communities. But just like all business activities, every form of advertising has a carbon footprint.

The challenge for any communications activities, whether it be by a public sector organisation, an FTSE 100 company, or a medium-sized business, is choosing the most efficient and effective way of getting information to the right individuals and corporations at the right time.

This is essential in making a campaign as effective as possible, at as low a cost as possible. But making the right choices about how to communicate with your audiences also means that campaign efficiency can equal carbon efficiency.

It is clear that targeting the diverse communities of the UK with updates on policy and advice is no mean feat. A raft of information needs to be sent out, whether via direct mail, local press, regional and national television and radio adverts, or online.

Some communications necessitate reaching every household across the country; for example, a leaflet was delivered door-to-door to all homes following the New York terrorist attacks of 9/11. While there may be several newspapers or radio stations in an area, there is only one letterbox to a resident’s home and this is often the most effective
route.

Other campaigns, where niche groups are the target audience for the information, can enable better targeting. But whatever the breadth of a campaign, one option now available for posted communications is making them carbon neutral.

Royal Mail’s Carbon Neutral Door to Door scheme makes it easier for companies to reduce the carbon footprint of their mailing by giving them advice on the types of paper, inks and varnishes to use as well ensuring effective targeting of the campaign.

After carbon impact has been minimised in line with scheme standards, Royal Mail calculates the remaining CO2 emissions generated by the mail campaign and pays to offset through schemes such as the Woodland Trust’s Carbon Plus+, which plants native trees in the UK.

Such an approach can only enhance the already strong reputation of mail as a way of reaching people with public information messages. Indeed, our statistics show that people are more than twice as positive towards receiving government information in the mail compared with post from organisations in any other sector, so a clear majority welcome such campaigns.

Overall, more than half of people read and retain direct mail, and the figure for those keeping material has increased in each of the last three years. This reduces the need for follow-up messages to be sent, helping to keep the carbon cost of the overall campaign down.

And as politicians and civil servants harness digital media to boost the drive to personalise public services, it is also worth considering the advantages of an integrated campaign. Research by Royal Mail revealed that combining direct mail with digital messages can boost awareness and response.

More than half of confident web users (55 per cent) prefer to be contacted by a combination of direct mail and online, while 69 per cent feel that email is best used for supporting or clarifying the mail they receive.

Ultimately, advertising and marketing communications are integral ingredients to the success of any organisation. But at a time when green living and working is topping the news agenda, consumers are demanding more action from organisations they deal with.

Whether it is a supermarket chain, a financial organisation, a car manufacturer or a government department, there is an increasing need for companies and organisations themselves to demonstrate their own green credentials if industry and the public alike are to change their habits.

Making their communications greener is one way to do that.