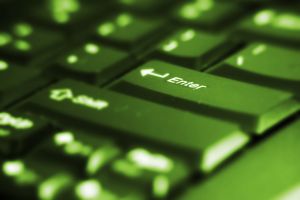 What’s the most bandied about phrase in IT?  Aside from solution and paradigm, Greenbang has a feeling that green computing might rank highly up there.  Greenbang’s eight year old nephew has said of green computing:

Admittedly, the nephew in question really needs a rugby ball thrown his way.  Anyway, the next level of environmentally less destructive computing is nearly upon us.  Greenbang has learned that Lenovo will be using a methanol fuel cell cartridge on its T40 ThinkPad.

Reports suggest the fuel cell will be lighter than a normal battery and capable of 10 hours of charge.  But, and it is a big but, it takes 10 hours to charge it and is bigger than a standard battery.  Refilling it will also be a faff – even more so if you’re doing it once a day.

Greenbang is thinking the fuel cell may be more suited to the mobile market.  That said, according to EcoGeek: “PolyFuel believes the laptop could be on the market in 2 to 3 years, so they have a little while to figure these details out.”  So these problems and the cost of the methanol cartridges can be figured out then.

For now, however, Greenbang is putting her money behind computers and servers that simply consume less power.  Either that or ones that you can just top up with water.