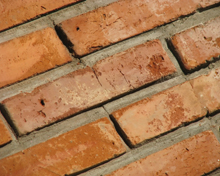 Greenbang remembers an advert from some years ago for Douwe Egberts coffee. It featured a comely housewife type trying to flog her house. She brews up a batch of the brown stuff as she guides a potential buyer around the property and the aroma alone convinces the would-be buyer that this is somewhere he could call home. Mug. Wait til he gets the survey done and finds the subsidence. Then he’ll wish he wasn’t so readily swayed by the odour of burnt caffeine.

Nowadays, it looks like Douwe Egberts isn’t enough. Now, you need to pump the smell of green around your abode to get the house buyers reaching for their wallet.

According to the Seattle Post Intelligencer, homes with green certification sold for some five percent more than non green equivalents and sales were around a quarter quicker.

Looks like it’s time to throw out the cafetiere and get yourself some certification.