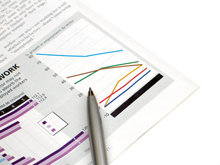 The findings of a study by green tech marketers EcoAlign remind Greenbang of Henry Ford’s observation that people’s reputations are based on what they’ve done, not what they’re going to do (okay, so Ford was no Oscar Wilde, but he made a point).

EcoAlign’s EcoPinion survey of US consumers’ awareness of green brands has revealed that few brands have actually managed to cultivate a green reputation among the consuming classes, in spite of loudly talking the talk and vigorously walking the walk.

The study says consumers are still crossing their arms and waiting to be impressed by some proof of real change in the business practices of large companies before recognising them as being bona fide green corporate citizens they’re clearly hoping to appear as.

The good news from all of this is that the marketing experts have realised a greenwash alone won’t wash with the public. Consumer scepticism being as strong as it is means that a company actually has to become environmentally friendly before consumers will accept it as so. Who’d have thunk it? Says EcoPinion Chief Marketing Officer Andrea Fabbri:

“There is a great opportunity to become a green brand leader with the right commitment and marketing approach, but the current emphasis on public relations and advertising is not going to do it alone.”

Findings from the EcoPinion report include:

1. Fifty-four percent (54%) of consumers could not name, on an unaided basis, a company who supplied renewable or “green” energy.

2. Seventy-one percent (71%) of respondents were not familiar, on an aided basis, with ten “pure play” companies in the renewable and green energy space.

3. When asked about how committed respondents thought their electric utilities are to promoting or providing renewable energy or energy efficiency, ratings were about evenly split: 31% thought not at all committed, 36% were neutral and 33% rated the commitment level “7” or higher on a ten-point scale.

4. Respondents were then shown a mix of 12 companies representing various industries and asked which they thought were most committed to using or providing renewable energy. GE dominated with 81% while Toyota was second at 65%.

5. Seventy seven percent (77%) of consumers think that an energy-efficient or green operational model is the single most important quality of a corporation trying to be an environmental leader.

6. Respondents were asked to rate their familiarity with various terms. Seventy-one percent (71%) rated their level of familiarity “8-10” with the term “energy efficiency,” versus only 53% for “going green.”