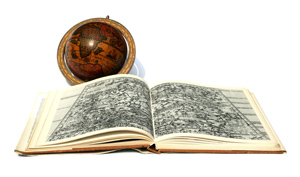 It looks like fuel cells are set to be the Weetabix of technology: it’ll soon be about how many you can get in your car. Obviously, you’ll have one in your car – now you can get one in your GPS too. Assuming you have either a car or a GPS. You might prefer maps and walking and be morbidly terrified of satellite communications or be half-bat and able to use echo location.

Assuming you’re none of those things, and you do want a fuel cell GPS, then you might not have to wait too much longer to sate your gadget lust: MTI MicroFuel Cells has come out with a prototype fuel cell GPS unit.

More on the device from MTI:

MTI Micro´s new Mobion powered GPS prototype provides three times as much energy as GPS devices powered by four disposable AA batteries. On a model with a large, full-colour screen, this fuel cell design generates up to 60 hours of continuous power and provides weeks instead of days of typical usage.

No word on when we might see it on the market, but given it looks like standalone GPS units will be replaced by GPS functionality in mobile phones, MTI might be better off making a nice mobile fuel cell.