Government buildings not up to scratch 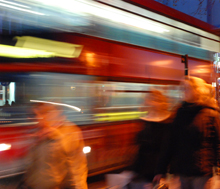 Guess who’s been a naughty boy? Assuming governments can be anthropomorphized, it’s Whitehall, according to the Public Accounts Committee, which delivered a tartly-worded slap on the wrist to the government.

Apparently, the government spanks the glossy sum of £3 billion a year on its refits and new buildings, but doesn’t do any environment audits on four-fifths of the former and two thirds of the latter.

“The government is a long way off meeting its own targets and standards for the sustainability of its buildings. Environmental assessments of new government buildings are supposed to be mandatory but are actually being conducted in only a third of cases. And fewer than a one in ten of such projects can be shown to meet the required environmental standards.

“The picture is not all bad – with a fifth of all new builds examined by the National Audit Office achieving an excellent environmental rating. But departments in general are clearly taking a cavalier approach to the sustainability of their new buildings. It goes without saying that the systems for monitoring compliance with environmental standards are poor and that there is no overall responsibility for making sure that fine words about greener government buildings are translated into action.

“The government should practice what it preaches and set an example for others to follow.