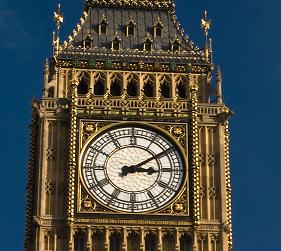 Gordon Brown, texture like sun, is going all green. Well the houses of Parliament are, according to The Guardian.

A plan to slash the carbon footprint of the UK Government’s home by almost a third, using all sort of green technology, is going to cost around £20m – but the plans are impressive.

Wind turbines, tidal power and an underground borehole are being considered by officials.

The aim is apparently to completely power parliament from these techniques and make it friendly and green – a much less hypocritical venue from which to enforce green policies on the rest of the country. Which is ace, frankly.

A borehole, dug 120m into London’s chalk aquifer, is planned to provide pure drinking water and another, drilled into Black Rod’s garden, would cool the air in the debating chambers instead of electricity hungry airconditioning units. There are also plans to spend millions fitting double glazing to draughty windows and installing minature power stations in the cellars which will take the palace partly “off-grid”. According to the plans, obtained under the Freedom of Information Act, the project will cost at least £20m

3 thoughts on “Gordon Brown/Big Ben to turn green, and all with them…”