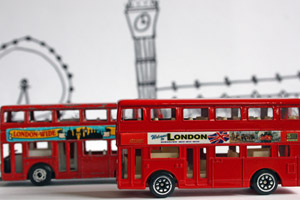 The last time that Greenbang wrote a letter to an authority figure, she was eight, and the figure was Jim of Jim’ll Fix It. She never got a response and to this day, she’s never had lunch with a unicorn and the members of Bros.

Still, she hopes that the joint open letter CBI and WWF to PM Gordon Brown has a better success rate. There’s no requests for flying unicorns in there, so that gives it a better chance of success, in Greenbang’s esteemed opinion.

The letter in question is asking Gordon Brown (texture like sun) to consider spending all that delicious cash he’s about to raise from emissions trading scheme – £1.6 billion – on stopping climate change with the likes of “green sectors and industries – including the full range of energy efficient, renewable energy, energy storage, carbon capture and storage, and low carbon transport technologies – without picking specific winners.”

Not an unreasonable request, you might say. Greenbang wouldn’t disagree.

Here’s a snippet from the letter:

we note that the UK government will accrue significant revenues from
he auctioning of allowances under the EU Emissions Trading Scheme. All of us support the case for auctioning of carbon allowances to sectors where this does not threaten their international competiveness.

But this is still a substantial, additional transfer of funds from business and consumers to government (perhaps £300-£400m per year from 2008-12, and several times that in subsequent years). This represents a tremendous opportunity for the government to demonstrate its real commitment by announcing an equivalent scale investment in securing the transition to a low-carbon economy and in adaptation.

While we accept there may be some technical difficulties in ring-fencing the revenue, it should be perfectly possible to announce a similar investment in low carbon technologies and adaptation equivalent to the revenue raised by auctioning.

Greenbang hopes that Gordon is reading his correspondence.