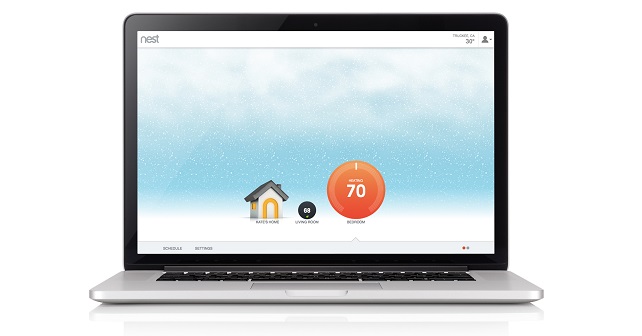 Google’s $3.2bn Nest purchase is about smarts, not thermostats

internet of things8
Nest Labs was launched with a vision of a “conscious home” made possible in part through a thermostat that “learns” how to save energy...

Nest Labs was launched with a vision of a “conscious home” made possible in part through a thermostat that “learns” how to save energy and money. That vision is now backed by a $3.2 billion cash purchase by Google.

Founded by Tony Fadell and Matt Rogers, the Palo Alto-based Nest aimed from the start to make the lowly thermostat both smart and sexy. Why? Because most people with a place to live have one (10 million thermostats are sold every year in the US alone), and because most of these people are used to manually adjusting and readjusting their thermostat’s temperature multiple times a day to keep their homes at a comfortable temperature.

The problem with this way of doing things is that it’s a pain in the neck (Nest claims that the typically thermostat user manually adjusts the temperature some 1500 times a year) and wildly inefficient to boot. With heating and cooling accounting for about half of the average homeowner’s energy bill, an internet-connected thermostat that could learn to make optimal adjustments on its own would have big dollar- and power-saving potential, Fadell and Rogers reasoned.

Nest from the start had Silicon Valley credentials. Fadell was previously senior vice president for Apple’s iPod division, and Rogers was the lead engineer for both the iPod and the iPhone. It also launched with financial backing — more than $100 million worth –from big names in the tech industry, including Google Ventures, Kleiner Perkins Caufield & Byers, Lightspeed Venture Partners and Shasta Ventures.

Those origins have bestowed Nest with a rock-star-like quality in the marketplace. And now it’s earned a rock-star-like selling price. But is a maker of thermostats — however “beautiful” — really worth $3.2 billion, especially when it’s estimated to have sold only around one million thermostats to date?

The “smarts” of the Google deal lies with Nest’s potential  beyond a simple household device. As Mark Rogowsky notes in Forbes, a smart thermostat not only brings access to lots of data about household energy use, occupancy patterns and more, but opens the opportunity for energy management services on a larger scale … one utility at a time, rather than one household at a time, a program that Nest has already been testing with some energy companies.

The real potential in the Nest concept doesn’t lie in the hardware of thermostats … it lies with automation, control, big data and the internet of everything. Viewed from this perspective, it’s easier to understand why Google is shelling out such big bucks for what, on the surface, looks like a household appliance company.