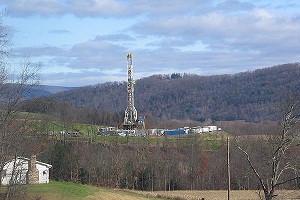 The world might be on the brink of a “golden age of gas,” as the International Energy Agency (IEA) puts it, but there’s one more reason to question how easily that energy wealth can be tapped: an increased risk of earthquakes.

That risk is what prompted the Ohio Department of Natural Resources (ODNR) last week to unveil new rules related to the disposal of waste fluids from hydraulic fracturing, also known as “fracking.” The process involves injecting water and chemicals at high pressures into deep rock formations to release natural gas, and generates large amounts of waste fluid, or brine, that is pumped into disposal wells.

According to a preliminary report released by the Ohio agency, there are strong indications that a series of earthquakes around Youngstown late last year was induced by the injection of waste fluids from hydraulic fracturing into disposal wells.

“After investigating all available geological formation and well activity data, ODNR regulators and geologists found a number of co-occurring circumstances strongly indicating the Youngstown area earthquakes were induced,” an announcement from the agency stated. “Specifically, evidence gathered by state officials suggests fluid from the Northstar 1 disposal well intersected an unmapped fault in a near-failure state of stress causing movement along that fault.”

Under Ohio’s new regulations, oil & gas companies must submit “extensive” geological data before drilling and put in place state-of-the-art pressure and volume monitoring devices with automatic shutoff switches. Companies that haul waste fluid must also use electronic transponders to ensure “cradle-to-grave” monitoring of shipments, and operators are prohibited from drilling any new wells into deep Pre-Cambrian (older than about 540 million years) basement rock.

According to the US Environmental Protection Agency, more than two billion gallons of brine are injected into 144,000-plus “Class II” disposal wells across the country every day. The disposal method is considered to be environmentally preferable to storing waste fluid in surface pits, the previous method used in Ohio.