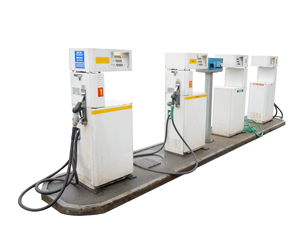 God bless the military. They’re clearly bang up for some hot renewables action, after some military bigwig touting his latest plan to put up some hydrogen fuelling stations for all the fuel cell cars out there.

Yes, General Motors and new best friend Clean Energy Fuels are opening up a new hydrogen fuelling station at Clean Energy’s compressed natural gas facility near LA airport and, in a sort of will-they-won’t-they way, are “are exploring further opportunities to expand the hydrogen infrastructure”.

If you’re in the area, you’ll need to wait til summer or fall (or autumn, if you’re on first name terms with the seasons) to stop by and get some fuel.

Apparently, the latest fuel station has been inspired by Chevrolet’s Project Driveway, which works like this:

Chevrolet’s Project Driveway is putting more than 100 Equinox fuel cell vehicles in the hands of real customers to help Chevy and GM understand what it will take to bring larger numbers of fuel cell vehicles to customers around the world. Currently, the program has launched in Los Angeles, New York City and Washington D.C. with further deployments later this year in Europe and Asia.