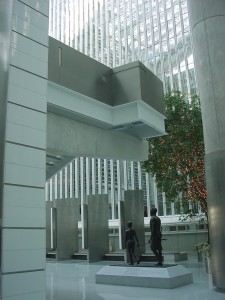 With a global banking crisis in full swing it’s perhaps not surprising that fighting global warming has taken a bit of a back seat at the annual meetings of the International Monetary Fund (IMF) and World Bank.

Just last year, nearly every global and regional banking summit put climate change at the top of its agenda. Now it seems to have become an afterthought.

This time around the world’s finance ministers promised they would do everything they could to stabilise financial markets.

Dominique Strauss-Khan, IMF managing director warned wealthy nations not to forget about the “other crisis”. Around 100 million people fell back into poverty because of higher food and petrol prices, prompting riots in dozens of countries over the past year.

“One of the lessons of today’s crisis is that you have to get ahead of these things. There’s no doubt that climate change is a problem today and will be a problem tomorrow.”

The financial crisis is impacting on the burgeoning climate market, with private investors suddenly fearful of risky investments now pulling out of climate and energy projects in the developing world.

“International sources of financing for emerging markets has definitely decreased.”

Interest from the world’s commercial banking giants – some of which are dealing with a chronic lack of capital from exposure to crumbling mortgage securities has decreased substantially in recent weeks, he said.

The World Bank has developed two new climate funds to bridge the gap. The bank’s development committee endorsed the Climate Investment Funds, which officials hope will help poorer countries invest in clean technologies and build up their defences against climate change. The funds have collected about $6.1bn in pledges from governments so far. It also boosted its own budget for clean energy projects by more than 80 per cent.

Even with public funding, Kandany said it is only realistic that some initiatives would be cut in the coming months. There simply isn’t as much money available from the private sector. The World Bank estimates the private sector will have to bankroll about 86 per cent of all clean energy and climate projects in the future.

“Climate change isn’t going to wait for the financial crisis to get resolved. We need to step up and increase our efforts to help on adaptation, not slow it down.”