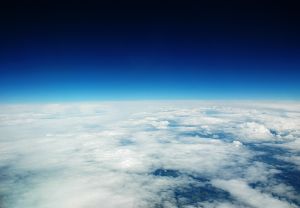 Global warming is accelerating at a faster rate than climate change experts had previously predicted, the WWF has warned.

A collection of the latest scientific research by the WWF claims the science of climate change has moved on in the year since the Intergovernmental Panel on Climate Change (IPCC) global warming study in 2007 and that global warming is accelerating beyond the IPCC’s forecasts.

According to the WWF the latest science shows the Arctic Ocean is losing sea ice up to 30 years ahead of IPCC predictions and that the summer sea ice could completely disappear between 2013 and 2040 – something that hasn’t occurred in more than a million years.

It’s bad news for the UK and Europe too. The number and intensity of extreme cyclones over the British Isles and the North Sea are projected to increase, leading to increased wind speeds and storm-related losses over Western and Central Europe. Annual maximum rainfall is also projected to increase in most parts of Europe, with associated flood risks and economic damages.

Marine ecosystems in the North and Baltic Sea are being exposed to the warmest temperatures measured since records began, while the Mediterranean is expected to experience increases in the frequency of long-term droughts. Glaciers in the Swiss Alps will continue to decrease, with reduction of hydropower production.

At a global level, sea level rise is expected to reach more than double the IPCC’s maximum estimate of 0.59m by the end of the century, putting huge swathes of coastal areas at risk.

The WWF is calling on the EU to adopt an emission reduction target of at least 30 per cent below 1990 levels by 2020, to be delivered within the boundaries of the EU rather than relying heavily on offsetting overseas.

The full WWF report is here.