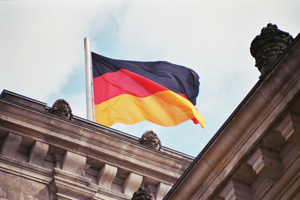 Can you really have too much of a good thing? In the name of science, Greenbang decided to find out. After watching three series of The A Team without a break, she can confirm yes, it is technically possible.

The German goverment would doubtless agree. After subsidies helped Germany’s solar panel market become the biggest in the world, the government wants to put the brakes on.

According to reports, like this one from Bloomberg, it’s decided to take its subsidy-slashing knife to the world of solar power, cutting the grants it provides for solar energy.

Currently, solar companies get as much as 47 euro cents for each kilowatt-hour of solar power they generate, which the government has now confirmed it will cut that by several percent.

While solar power companies are doubtless unhappy at the move, they’ve probably got off lightly – cuts of 25 and 30 percent were bandied around last week.