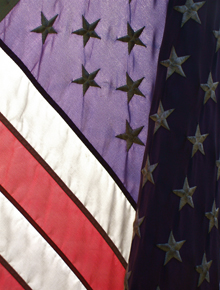 That George Bush is a little slow isn’t he? Greenbang doesn’t mean slow in that way, although, you know, that’s probably true too, but slow to pick up on environmental trends. The leader of the home of the free has just cottoned onto the fact that the world needs to ditch oil and come up with a better alternative.

But don’t worry, he’s got a plan – or so he told the Washington International Renewable Energy Conference yesterday.

Here’s the words from the horse’s (should that be donkey’s?) mouth:

“I welcome — listen, let me start first by telling you that America has got to change its habits. We’ve got to get off oil. And the reason why is, first, oil is — dependency on oil presents a real challenge to our economy. As economies grow — and we want all our economies to grow; we want people to be prosperous, we want people who are living in poverty to be able to grow out of poverty. We want there to be general prosperity, but as economies grow, until we change our habits, there is going to be more dependency on oil.[…]

And guess what? Not one to be on the forefront of clean-tech thinking, Dubya is bang up for some biofuels action.

“Biodiesel is the most promising of these fuels. Biodiesel refineries can produce fuel from soybeans, and vegetable oils, and recycled cooking grease, from waste materials. All you out there with waste, you may be in business before you know it as this new technology kicks in. Most Americans — or, more Americans are beginning to realize the benefits of biodiesel every year.

Last year, we produced 450 million gallons of biodiesel. That’s up 80 percent from 2006. Today there are more than 650 biodiesel fueling stations in America. There are hundreds of fleet operators that use biodiesel to fuel their trucks, and that’s just the beginning of what is going to be a substantial change in our driving habits.

And the vast majority of that ethanol is coming from corn, and that’s good. That’s good if you’re a corn-grower. And it’s good if you’re worried about national security. I’d rather have our corn farmers growing energy than relying upon some nation overseas that may not like us. That’s how I view it.

In 2005 the United States became the world’s leading ethanol producer. Last year we accounted for nearly half of the worldwide ethanol production. I don’t know if our fellow citizens understand that, but there is a substantial change taking place, primarily in the Midwest of our country.

And so we got to do something about it, and the best thing to do is not to retreat from our commitment to alternative fuels, but to spend research and development money on alternatives to ethanol made from other materials — for example, cellulosic ethanol holds a lot of promise. I’m sure there are people in the industry here that will tell you how far the industry has come in a very quick period of time.”