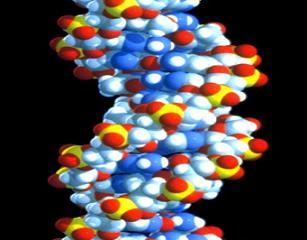 As concerns over the planet’s future food security mount, some scientists say our only hope lies with an agricultural revolution centred on genetically modified (GM) crops.

“We need a new and ‘greener revolution,’ improving production and efficiency through the food chain within environmental and other constraints,” John Beddington, Britain’s chief scientist, told attendees at the UK’s Oxford Farming Conference earlier this month. “Techniques and technologies from many disciplines, ranging from biotechnology and engineering to newer fields such as nanotechnology, will be needed.”

Furthermore, Beddington noted, those innovations need to start being launched now, as it can typically take from 10 to 15 years for research advances to make their way into widespread use on farms.

“GM, like nanotechnology, is not a technological panacea for meeting the varied and complex challenges of food security, but could have some potential to help meet future challenges,” the report states. “Safety must remain our top priority and the government will continue to be led by science when assessing the safety of GM technologies.”

Part of that strategy will involve a “programme of consumer engagement” to start a conversation with citizens about their understanding and concerns about GM foods.

While policy-makers pin their hopes on genetically modified food miracles, though, a fair number of activists and ordinary citizens view GM crops as “Frankenfoods” with the potential to disrupt natural systems even further. They also question the wisdom of relying on crops from seeds that are the proprietary products of large corporations and thus protected by intellectual property laws.

So where does the truth lie? Consider some of these latest findings surrounding GM foods:

What do you think? Are GM foods the key to a sustainable future, or will they prove to be a messy technological fix to a problem we could better solve in other ways? Let us know in the comments section below.