GE crops might be ‘smart,’ but nature can prove smarter 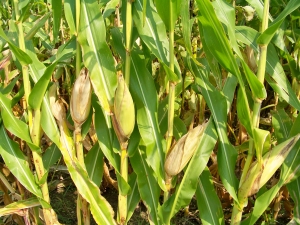 The scientists at agribusiness giants like Monsanto who develop genetically engineered (GE) crops might be smart, but Mother Nature — it turns out — is smarter still.

That’s one of the lessons to be found in a new study from the US National Research Council (NRC), which conducted a first-ever comprehensive assessment of how GE crops fare for the farmers who grow them. The research discovered that, while crops engineered to be resistant to a particular herbicide or to be toxic to insect pests perform as advertised at first, nature eventually finds ways of pushing through those defenses.

Take, for example, the case of GE crops designed to stand up to herbicide applications. The crops were originally engineered that way to enable farmers to use glyphosate rather than other, more toxic — to animals, soil and water — herbicides. It worked well for a while, but now a number of weeds have evolved to also be resistant to glyphosate.

“(T)he increased reliance on glyphosate after the widespread adoption of HR (herbicide resistant) crops is reducing its effectiveness in some situations,” the study states. “(C)ommunities of weeds less susceptible to glyphosate are becoming established in fields planted with HR crops, particularly fields that are treated only with glyphosate.”

While weeds have started outfoxing GE, insects have yet to catch up, the study finds. Corn and cotton crops have been engineered to produce a toxin made by Bacillus thuringiensis (Bt), a bacterium that’s deadly when eaten by insect pests but not harmful to other animals or humans. Just two pest species have so far evolved to resist Bt crops and their impact so far has been “of little economic or agronomic consequence,” the study reports.

The researchers also noted that new hybrids and varieties of GE crops with multiple Bt toxins make it unlikely that insect pests will develop a more worrisome resistance.

Beyond the environmental impacts of GE crops, the NRC study also looked at social impacts such as the economic well-being of farmers. It concludes that more research is needed to fully understand the social implications of such crops.

“Many American farmers are enjoying higher profits due to the widespread use of certain genetically engineered crops and are reducing environmental impacts on and off the farm,” said David Ervin, a professor of environmental management and economics at Portland State University and chair of the committee that wrote the report. “However, these benefits are not universal for all farmers.  And as more GE traits are developed and incorporated into a larger variety of crops, it’s increasingly essential that we gain a better understanding of how genetic engineering technology will affect US agriculture and the environment now and in the future.  Such gaps in our knowledge are preventing a full assessment of the environmental, economic, and other impacts of GE crops on farm sustainability.”

First introduced in 1996, genetically engineered crops now constitute more than 80 per cent of soybeans, corn, and cotton grown in the US.