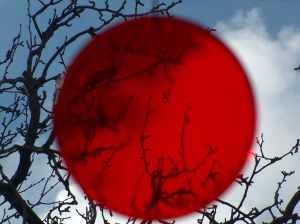 Greenbang hasn’t felt this disappointed since she was told that Santa, the Tooth Fairy and the Easter Bunny didn’t exist.  All on the same day , quite a blow for a 6 year old.

According to the Asian wing of UPI, next week’s G8 Summit is to undergo a change in agenda replacing climate change with concerns over the price of food and oil.

After last week’s announcement by Tony Blair and the Climate Group of the 10 building blocks to a low carbon future Greenbang was keenly anticipating the summit, now she may just skulk off and mope.

At the same time the UN secretary general, Ban Ki-moon, has urged Japan to take a greater lead in the fight against climate change. Greenbang will be waiting to see if this has been heeded, but she suspects not.

According to the news organisation AFP:

In a speech at Kyoto University, Ban said Japan, the world’s second largest economy and a leader in green technology, had a “moral and political responsibility” to play a bigger role in tackling climate change.

Japan should share its environmental technology with other nations to help reduce their levels of greenhouse gases which cause climate change, as well as help setup active trading schemes for carbon emissions, Ban said.