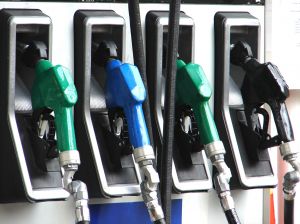 Fuel companies have exceeded the amount of biofuel they were obliged to supply during the first quarter since the UK targets were set.

Biofuels accounted for 2.61 per cent of fuel, passing the 2.5 per cent target for use in road fuel.
Only 20 per cent of biofuels met qualifying environmental standards but the government’s Renewable Fuels Agency (RFA) claims the UK is on course to meet its target of 30 per cent by the end of the accounting year.

The 44 per cent carbon reduction achieved by the use of biofuels during the first three months is greater than the 40 per cent target set by the government for the first year of the Renewable Transport Fuel Obligation. However the results exclude any emissions from indirect changes in land use, such as food price and deforestation. The agency has recommended that these be taken into consideration in future sustainability reporting and is working with the government to do this.

Almost all of the UK’s fuel suppliers are achieving or close to achieving carbon savings in line with this year’s target. Harvest Energy, Greenergy, Mabanaft and Shell exceed the target. ConocoPhillips reported a negative carbon saving and Chevron reported very low savings, but the report says that these may be revised during the auditing process.

Harvest Energy and Mabanaft are currently exceeding the sustainability target, however, BP, Esso, Murco, Prax and Topaz have not yet reported any biofuels as meeting the qualifying environmental standard.
Esso, Petroplus, Prax and Topaz are currently failing to meet any of the three targets set by government.

“These early figures demonstrate that some companies have risen to the challenge of sourcing biofuels that meet good sustainability standards.”