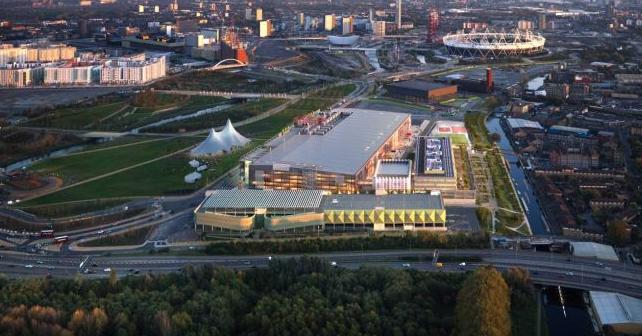 startups4
Part of the former London 2012 Olympic site will be redeveloped as hub for creative and digital innovation and business. The three main buildings...

Part of the former London 2012 Olympic site will be redeveloped as hub for creative and digital innovation and business.

The three main buildings that once served as press and broadcast centers are to be converted into an innovation center, an auditorium and a space with a data center, office space, educational facilities and more. The “Here East” project, being led by the company iCITY, was approved this week by the London Legacy Development Corporation, which is in charge of redeveloping Queen Elizabeth Olympic Park in east London.

“With over one million square feet of space, it will offer some of the most advanced digital infrastructure in the world, including almost unlimited bandwidth connectivity and the highest capacity power,” stated the announcement from iCity.

David Bickle, a partner at the Hawkins\Brown architectural firm working with iCity, said Here East will be “a new neighborhood that will support a thriving community of industrious makers, digital natives, free-spirited thinkers, curious researchers, mold-breaking broadcasters, disruptive startups, creative practitioners and entrepreneurial businesses, who are open to the opportunities of collaboration and social exchange.”

The development’s key tenants, expected to move in in 2015, will include Loughborough University, Hackney Community College and data center operator Infinity SDC. The entire development is scheduled to be completed by 2018.

The project is slated to be showcased during the South by Southwest Interactive (SXSW) festival in Austin, Texas, next month. SXSW has been the launching pad for such tech companies like Twitter (2007), Foursquare (2009) and Storify (2011).