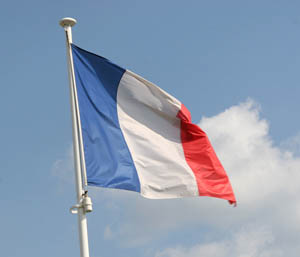 When it comes to sins against punning, Greenbang would like to put out a j’accuse to our dear friends across the channel. The subject of Greenbang’s pun-induced ire is a French green car scheme bearing the unfortunate moniker LOwCO2MOTION. It makes Greenbang want to lie down and weep. What next? Carbon capture under the banner 2 CO²AL 4 sCOOL?

Luckily for the French, the EU doesn’t give out funding based on the quality of the project name: it’s decided to give France the official go ahead to put €61 million into LOwCO2MOTION.

The scheme will see eight companies including automotive suppliers Valeo working on cutting down car CO2 emissions by 30 percent.
Here’s how Valeo describes the project:

The program focuses on two major innovations. The first is the camless system, in which the camshaft in engines is replaced by electromagnetic actuators that operate each valve independently. By controlling residual gases, minimizing pumping losses and deactivating cylinders and valves, this technology reduces fuel consumption and pollutant emissions by 20% for gasoline engines. It also provides enhanced performance and driving comfort due to an increase in low-end engine torque. A version for diesel engines will also be developed.

The second major innovation, totally compatible with the camless system, is a next-generation mild hybrid based on Valeo’s StARS+X technology. In addition to the Start-Stop function which cuts off the engine when the vehicle is at a standstill, this system features a regenerative braking function, where energy generated during braking is recovered. The program includes the development of a new high-efficiency, high-power alternator technology as well as ultracapacitors, enabling a 10 to 15% reduction in fuel consumption. These innovations will be enabled by new mechatronic technologies which are also part of the program.