For smart grid to succeed, consumers need to be on board 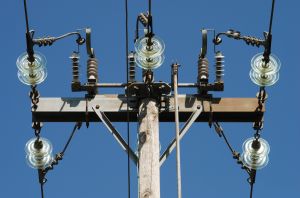 All the bells, whistles and smart-energy technologies won’t be able to deliver on the promise of a cleaner, more efficient and smart-grid world without buy-in from one key player: energy consumers.

That’s the logic behind a new organisation created by an alliance of consumer electronics and technology companies, retailers, utility firms and consumer groups: the Smart Grid Consumer Collaborative (SGCC).

“For many reasons — energy independence, energy efficiency, integrating renewables, accommodating electric vehicles and global competitiveness — we must modernise our electric system,” said Jesse Berst, the new acting executive director of the SGCC. “But we can’t do that without the support and involvement of the ultimate customer. We formed the SGCC to bring important stakeholders together to do the necessary research, education and collaboration to make sure we include the consumer in the conversation.”

Aimed at helping to “build consumer acceptance and use of the smart grid, the SGCC includes founding members Magnolia/Best Buy, Control4, Ember, General Electric, the GridWise Alliance, IBM, the US National Renewable Energy Laboratory, the Ohio Consumers’ Counsel and Silver Spring Networks, as well as in-kind members Stoel Rives LLP, SutherlandGold Group and the HEAT agency. The organisation also has two affiliate members: the Demand Response and Smart Grid Coalition and the Future of Privacy Forum.

The SGCC will have three priorities:

Federal stimulus spending in the US includes more than $4 billion for the smart grid. Furthermore, nearly half of all North American consumers are expected to have next-generation smart meters installed by 2015.

The SGCC asserts that consumer adoption of the new technology and services being deployed is key to smart grid’s success.

“There’s been intense work and focus on the technology, energy efficiency and economic advancements the smart grid enables, but if we as an industry don’t turn our attention to the consumer, to drive participation and acceptance, the real promise of the smart grid — energy independence — can never be realised,” said Richard Walker, president of Control4 Energy Systems.

“A smarter electricity grid will enable us to integrate and optimise more renewable energy such as wind and solar, as well as plug-in electric vehicles,” added Bob Gilligan, vice president of GE Energy Services. “It will also increase power reliability and operational efficiencies to deliver greater productivity both for the utility and the consumer. It will empower consumers to manage their energy usage and save money without compromising their lifestyle.”

There’s some way to go, though, before most consumers understand that. According to a new survey commissioned by GE, 79 per cent of US consumers are not familiar with the term, “smart grid.” Of the 4 per cent who have heard of the term or understand how it might affect them, however, 80 per cent say they believe a smart grid will help the US take advantage of more domestic, clean-energy sources like wind and solar and 72 per cent say they think it will help reduce their energy bills.

“Although 45 per cent of Americans have expressed concern about potential challenges to rolling out smart grid projects, most of them see government and industry financial spending decisions as the biggest hurdle,” Gilligan added. “We are at an advantage over other countries in that consumers are overwhelmingly focused on maximising smart grid’s benefits rather than worrying about how it might get slowed down. Now is the time for us to make a collaborative effort to educate consumers about why smart grid is so important to supporting 21st century energy in the US and throughout the world.”