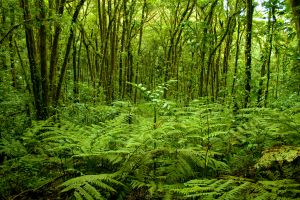 There are times when I desperately wish I could remember a little more about my A-level chemistry. I can still, to this day, recall the first three lines of the periodic table and some of the properties but the main group of metals elude me. For example, what the hell is manganese?

Because, apparently, it has led to a breakthrough in hydrogen production making it cheaper and easier to produce commercially. And the breakthrough has come from plagiarism from nature – the best kind.

Researchers from Monash University, in Melbourne, have used plant based chemicals to a key photosynthesis process.

According to the lead scientist, Leone Spiccia, the group copied nature, taking the elements and mechanisms found in plant life. The breakthrough came when the group coated an anode with a chemical called Nafion. This formed a thin membrane, which acted as a host for the manganese clusters.

“A manganese cluster is central to a plant’s ability to use water, carbon dioxide and sunlight to make carbohydrates and oxygen. Man-made mimics of this cluster were developed by Dismukes some time ago, and we’ve taken it a step further, harnessing the ability of these molecules to convert water into its component elements, oxygen and hydrogen,”

“Normally insoluble in water, when we bound the catalyst within the pores of the Nafion membrane, it was stabilised against decomposition and, importantly, water could reach the catalyst where it was oxidised on exposure to light.”

So that will be solar power hydrogen, with the three billion years of evolutionary improvement behind it then.