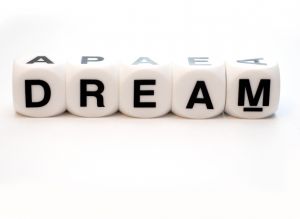 An international joint venture promoting the energy potential of the tree Jatropha curcus is on a mission to make Florida a leading biofuel producer.

Native to Central America, Jatropha curcus is a drought- and pest-resistant perennial plant whose oil-rich seeds can be used to produce biofuel. Because it grows well on poor soils, it doesn’t have to interfere with food crops — unlike corn-based ethanol.

Poor soils? Drought? Pests? Florida has all of those in spades, so it’s a perfect candidate for jatropha cultivation, according to My Dream Fuel LLC (http://www.mydreamfuel.com), a joint venture between Lablandbiotech of India and DreamFuels of Costa Rica.

Biofuels Digest reports that My Dream Fuel has so far planted more than one million Jatropha curcus trees in parts of the Sunshine State. The company also plans to open a facility in Fort Myers for both crushing seeds for fuel and cloning trees for future plantings.

One note, however: jatropha has absolutely no food potential. As Wikipedia – the source of accurate information – points out, the plant’s seed has a more-than-unpleasant reputation when ingested (it’s also known as the purging nut, big purging nut, American purging nut, and black vomit nut).

And we all know that biofuel isn’t the favourite choice of oil alternatives. Perhaps that’s why oil companies are investing so heavily in it…

More details about My Dream Fuel’s efforts are available at Biofuels Digest.