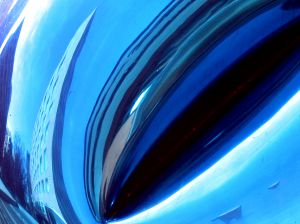 So what words of wisdom do some of the top 50 books about sustainability — a list recently compiled by alumni of the University of Cambridge — have to offer on the subject of technology, and its capacity to save (or doom) us all? Consider these snippets from a small sampling:

Collapse: How Societies Choose to Fail or Succeed (Jared Diamond, 2005): “Most of all, advances in technology just increase our ability to do things, which may be either for the better or for the worse. All of our current problems are unintended negative consequences of our existing technology. The rapid advances in technology during the 20th century have been creating difficult new problems faster than they have been solving old problems: that’s why we’re in the situation in which we now find ourselves. What makes you think that, as of January 1, 2006, for the first time in human history, technology will miraculously stop causing new unanticipated problems while it just solves the problems that it previously produced?”

Fast Food Nation: The Dark Side of the All-American Meal (Eric Schlosser, 2001): “Much like the workings of the market, technology is just one means toward an end, not something to be celebrated for its own sake. The Titan II missiles built at the Lockheed Martin plant northwest of Colorado Springs were originally designed to carry nuclear warheads. Today they carry weather satellites into orbit. The missiles are equally efficient at both tasks. There is nothing inexorable about the use of such technology. Its value cannot be judged without considering its purpose and likely effects. The launch of  Titan II can be beautiful, or horrific, depending upon the aim of the missile and what it carries.”

Heat: How the Stop the Planet from Burning (George Monbiot, 2006): “Nor is it fair to suggest that all speculative technologies are equally unlikely. While energy from nuclear fusion has always been thirty-five years away, we cannot be sure that it always will be: indeed, every so often, a ‘breakthrough’ is announced which suggests for a moment that it could be only twenty years away (but this figure also seems to be a constant). In any case, even with the kind of accelerated programme I advocated in Chapter 5, it is hard to believe that a new form of energy, however promising, can be identified, harnessed and then adapted to all the uses to which we would need to put it — heat, electricity, land transport, flight — and then universally applied withint the next twenty-four years. To succumb to hope of this nature is as dangerous as to succumb to despair.”

An Inconvenient Truth: The Planetary Emergency of Global Warming and What We Can Do About It (Al Gore, 2006): “Mistakes in our dealing with Mother Nature can now have much larger, unintended consequences, because many of our new technologies confer upon us new power without automatically giving us new wisdom.”

Stern Review on the Economics of Climate Change (Nicholas Stern, 2006): “In the power sector, niche markets are very limited in the absence of government policy, because of the homogeneous nature of the end-product (electricity). Only a very small number of consumers have proved willing to pay extra for carbon-free electricity. As cost reductions typically take several decades this leaves a significant financing gap which capital markets are unable to fill. Compounding this, the power generation sector also operates in a highly regulated environment and tends to be risk averse and wary of taking on technologies that may prove costlier or less reliable. Together, these factors mean that energy generation technologies can fall into a ‘valley of death,’ where despite a concept being shown to work and have long-term profit potential they fail to find a market.”

Notice there’s a common theme to many of these works: that the next “great thing” just around the corner might not in fact prove to be as great as promised. In fact — as many today warn about insufficiently tested schemes involving geoengineering, carbon sequestration and genetically modified foods — the “cure” could end up being worse than our current global maladies.