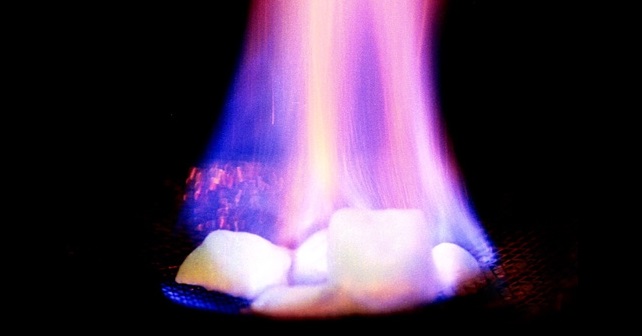 innovation30
Modern society would grind to a very unpleasant halt without energy … we all know that. Outside of the “usual suspects,” though — oil,...

Modern society would grind to a very unpleasant halt without energy … we all know that. Outside of the “usual suspects,” though — oil, coal, natural gas, nuclear, solar, wind and hydro — are there any other energy sources we can turn to?

It turns out there are options. Whether they’re practical, affordable and enough to meet our future needs is questionable … but we do have other potential energy alternatives.

What sort of out-there energy sources are we talking about? Read on:

1. Methane hydrates — Also known as methane clathrates, these are deposits of methane (natural gas) contained within crystalline structures of water. Typically found under ocean sediments along the margins of continents or buried in or below permafrost in polar regions, methane hydrates are sometimes described as “burning ice.”

The US Geological Survey estimates the world might have “more than 4,000 times the amount of natural gas consumed in the USA in 2010” … although only a fraction “is likely to be concentrated enough and accessible enough to ever be considered a potential target for energy resource studies.”

But it’s potential enough for Japan, which has few home-grown fossil fuel resources and is desperately searching for alternatives to nuclear in the wake of the Fukushima earthquake/tsunami/meltdown. Just this month, Japan announced it had successfully extracted natural gas from methane hydrates deposited offshore — a first in the annals of energy exploration. In light of the fact that methane is a greenhouse gas at least 25 times as potent as carbon dioxide, any slipups in future large-scale methane hydrate production could mean “game over” for the climate.

2. Nuclear fusion — Nuclear fusion, the type of power that keeps our sun burning, is 20 years away from becoming a viable energy source  … and always will be. So goes the joke, anyway. There’s a reason that the punchline works, though. Because — for many decades now — it has actually reflected reality perfectly.

The endless optimism is understandable, because making fusion finally work in real life would end our energy problems once and for all. The most recent report card on those efforts, though — a Dec. 2012 report to the US Congress on fusion research at the National Ignition Facility — did not raise hopes that we’re anywhere closer yet:

“At present, it is too early to assess whether or not ignition can be achieved at the National Ignition Facility (NIF),” the introductory note to the report begins. “The disagreement between NIF experimental data and codes and models reflects an inadequate understanding of key physics issues required to make this determination … Once the codes and models are improved to the point at which agreement is reached, National Nuclear Security Administration (NNSA) will be able to determine whether and by what approach ignition can be achieved at the NIF.”

In other words, “We don’t know enough about the physics yet. Once we know enough, we might — or might not — be able to make fusion work here.”

3. Cold fusion — If the idea of harnessing fusion is appealing, the ability to do so at room temperature (instead of at the millions of degrees required to make it work for the sun) — cold fusion — is appealing beyond imagination. Unfortunately, that’s about the only place cold fusion has been shown to work: in the imagination.

Now rebranded as LENR (for “low-energy nuclear reactions”), cold fusion remains a holy grail for some researchers. NASA scientist Joseph Zawodny, for example, envisions a process that isn’t cold fusion as Stanley Pons and Martin Fleischmann envisioned it. Instead, his approach involves directing a slow-moving neutron into the nucleus of an atom to create an unstable isotope. As a result, another neutron in the nucleus splits into pieces, sending out an electron that can be captured to produce energy.

The concept behind the process relies on weak interactions among subatomic particles. In reality? Well, it hasn’t gone there yet.

4. Plastics-to-oil — We use oil to make plastic. So, in theory, we should be able to take plastic and convert it back into oil, right?

The theory works. It’s based on pyrolysis, which heats up carbon-based materials into the absence of oxygen to break them into their component materials. A small number of facilities in the US are already using that process to squeeze oil out of plastic waste, and companies elsewhere in the world have developed similar technologies.

So it works … that’s the good news. The bad news is that the technology will come nowhere close to meeting all our energy needs. By one estimate, 100 plastics-to-oil plants could produce anywhere from 6,000 to 18,000 barrels of oil a day — a very small drop in the very big bucket of oil (just under 19 million barrels) that the US consumes every day.

5. Human energy — You mean a la “The Matrix,” where machines enslaved humans to tap their electrical energy?

We don’t have to plug people into a virtual world and raise them in pods to get some energy out of them. All the little movements each of us makes every day — from walking to tapping our fingers — results in a loss of energy that could potentially be tapped without trapping us in a dystopia. And as warm-blooded mammals, we also generate ample heat energy, much of which is wasted … although Fujifilm recently demonstrated a new film that can convert heat into electricity.

Thermoelectric (heat-to-electricity) and piezoelectric (motion-to-electricity) generators offer real potential for reducing waste energy and powering small devices like sensors or personal electronics. On the other hand, using blood to power lamps — a concept explored by designer Mike Thompson to illustrate the steep cost of energy and energy waste — is probably an energy innovation we’d rather do without.