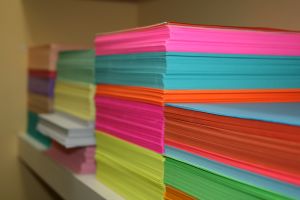 Finally, a use for all those thousand-plus-page pieces of legislation that our elected officials never read anyway: shred ’em, pulp ’em, add a shot of enzymes and ferment them into something useful: biofuels for cars.

Turns out, two companies — Denmark’s Novozymes and US-based Fiberight — have done just that by turning government waste paper and cardboard into “trashanol.” They used that fuel last week to power a flex-fuel Chevy HHR and flex-fuel Ford F150 during demonstration drives in Washington, DC.

Both vehicles can run on E85, a blend of 85 per cent waste-based biofuel and 15 per cent petrol.

During the “Ride ‘n’ Drive” demo, officials and media members had a chance to take the trash-fueled Chevy for a spin. The event marked “the first time in US history” that a vehicle powered by government waste wound through the streets of the nation’s capital, according to Novozymes.

Don’t have time to brew your office waste paper into fuel? You might instead choose to feed it into White Goat, a machine that chews up old papers and spits out rolls of ready-to-use toilet paper (1 roll per 40 sheets of A4 paper).