Fill in the gaps – [blank] not taking green issues seriously 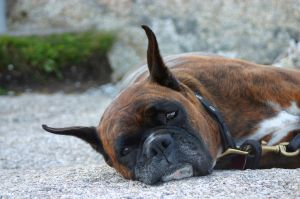 Another tedious tide of press releases to wade through today. Around 80 percent of what lands in my inbox is a load of guff and it’s starting to make me wonder how I can switch off email.
Today, someone else has again wheeled out the headline: “IT directors not taking green IT seriously.”

If you look at the IT PR industry, you see the same press releases coming around every year with a few different names in them. There’s a real lack of innovation and creative thinking in their story telling, and I really hope that doesn’t find its way into sustainability very quickly.

Then again, there are enough journalists (and I’ve been there and done it hundreds of times) who will just use that stuff as a way of getting content up quickly. There just isn’t time to argue – and it’s why there’s a real lack of good stories these days.

So here’s another one of those surveys. You’ll see that some of the statistics look familiar. That’s because they’ve been used before – that Gartner 2% figure that I can’t figure how it was figured out, is there again. I really wish they would tell me how they came to that.

Sad thing is though, that as annoying as this stuff is, there probably is some truth in this one.

London, June 16th 2008 – New research released today by Morse, the business and IT consultancy, has found that 89% of UK businesses are oblivious to how much power their IT department uses. This is because electricity costs have traditionally been paid for by a central facilities or operations group, rather than individual departments or business areas within an organisation. The research found that only 12% of businesses charge their IT department for the power it uses. In addition, 62% of organisations said that green IT was not a top priority for them.

“The research clearly shows that green IT is not a priority for organisations at the moment. Even if it was, without knowing the energy usage of IT, they would struggle to understand how they can make changes to become more environmentally friendly,” said Tim Turquand, consultant, Morse. “However, when you consider that Gartner estimates that 2% of global CO2 emissions are caused by ICT, and that this is comparable to the emissions of the aviation industry, it suddenly becomes clear why organisations need to start thinking about the impact that their IT is having.”

The study also showed that 76% of organisations have not set targets for reducing the amount of energy that IT consumes. However, 63% of respondents said that they have an organisation-wide policy on becoming more environmentally friendly. Considering that IT is a significant contributor to the CO2 emissions of most organisations, but the majority have not set targets for reductions, it is clear that the connection between IT and harm to the environment has not been made, or is being ignored by many organisations.

I’m going to bang my head on the table now.