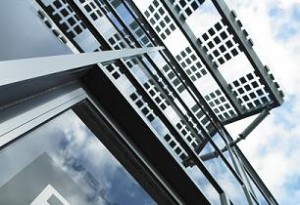 An initiative from the Department of Energy and Climate Change due to launch across the UK on April 1 looks set to boost demand for solar energy on an unprecedented level. Known as the feed-in tariff, the proposal suggests that, despite some scepticism and reports to the contrary, Britain is taking the first steps towards mass implementation of domestic renewable energy.

In an announcement made last month, Energy Secretary Ed Miliband confirmed a cash-back scheme in which businesses and individuals can receive up to 40p for every kilowatt-hour of electricity generated in solar panels and photovoltaic (PV) installations of up to 5 megawatts. Estimates suggest that, under the tariff, one typical household panel could deliver around £900 a year in cash back (a return of around 10 per cent) as well as a saving of £140 on electricity. Further incentives will see the proceeds be tax-free, as well as a new “pay-as-you-save” scheme, funded by renewable energy loans from banks and supermarkets.

With a YouGov survey showing that 71 per cent of homeowners would consider installing green energy systems if offered sufficient financial incentive, and Miliband predicting that 10 per cent of the population will have installed renewable energy technology in the new decade, the introduction of the tariff looks set to kick-start the sector. In Germany, where feed-in tariffs have been in place since 2000, 130,000 homes are now fitted with PV panels every year and similar success has been seen in California, which implemented its own scheme in 2008.

However, the key to realising the government’s targets clearly lies in establishing an appropriate tariff level and the infrastructure to cope with the resulting interest. Critics have suggested the return on investment is too low, and that it is necessary to offer a higher subsidy; the Spanish industry is now experiencing bust after boom, the market having been saturated by subsidies which were too generous. It is imperative that the UK learns from both these successes and failures if we are to establish a UK industry and attract international investment.

In the North East, the announcement has been warmly received. County Durham glassmaker Romag is expecting a surge of interest in its PV glass, PowerGlaz, predicting that sales will increase by 60 per cent year on year. Indeed, so confident is the business that it is investing in an installation at its own headquarters, which will become the largest of its kind in Europe. As a further reflection of its optimism, the business is also creating a specialist centre to train people across the manufacturing industry in sectors including development and planning, electrical professions and roofing.

Equally important, the region has also made great progress in laying the research and development foundations for industry to build up from. This stretches from the Newcastle Photovoltaics Application Centre at Northumbria University, to the region’s two centres of excellence, the New and Renewable Energy Centre and the Printable Electronics Technology Centre. The latter revealed in July that it had secured a £12 million grant from the government and £8 million from One North East to continue its pioneering work aimed at establishing the UK as the international leader in the field. The centre estimates that up to 250 jobs locally and 1,500 jobs nationally could be created as a result.

Indeed, the spirit of innovation has stretched beyond. In November, the North East hosted the national PV conference, Solar Flair 2009, aimed at demonstrating to a wider cross-section of organisations the business opportunities that will be created by the new industry. One such company to fully grasp the potential is Romag, which has looked to capitalise on the region’s status as the dedicated low-carbon economic area for electric vehicles by launching a canopy that uses PV glass to generate the charge to power an electric car.

Of course, this is just the start. The feed-in tariff will serve to galvanise the UK PV industry, providing a huge boost to businesses across a range of sectors, and delivering a step change in the country’s domestic generation capacity. Nowhere is this more true than in the North East, the region that powered the industrial revolution and is now driving the low-carbon one. Its unparalleled manufacturing pedigree, research, development and commercialisation excellence and business innovation offer it a unique opportunity to become the Silicon Valley of the UK, attracting investment not just from the rest of the UK, but from Europe and the rest of the world.

Editor’s note: This was a guest commentary by Chris Pywell, Head of Strategic Economic Change for One North East, the regional development agency for the North East of England.