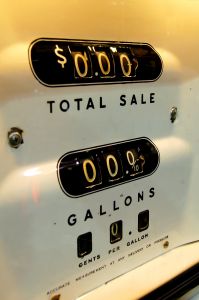 The road to hell in the form of global warming and peak oil could, sadly, be paved with good intentions, as a report in this week’s Washington Post indicates.

The newspaper reports that its analysis of U.S. records shows the federal government’s efforts to move toward a national fleet of vehicles powered by alternative fuels have backfired, actually leading to an increased use of fossil fuels and higher greenhouse gas emissions.

How on Earth could that happen? Apparently, it’s not a good idea to start driving flex-fuel vehicles in places where ethanol-based fuel is not yet available.

Here’s the setup: the U.S. Congress a few years back required federal agencies to gradually begin increasing the number of flex-fuel vehicles in their fleets. They did so, but often ended up having to power those vehicles with old-fashioned petrol because they were nowhere near an ethanol pump.

The result, according to the Post analysis: more than 92 percent of the fuel used by flex-fuel fleets continues to be standard gasoline. And, because flex-fuel engines tend to be larger and less fuel-efficient than regular ones, the fleets used up more petrol and emitted more greenhouse gases than they would have otherwise.

The Post quotes Jim Kliesch, a senior engineer with the environmental group Union of Concerned Scientists, as saying, “This is an example of a law that has had a perversely different effect than what was originally intended.”

Another way to put it might be, “No good deed goes unpunished.”