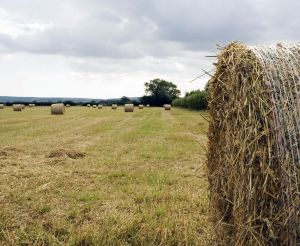 This is a bit off Greenbang’s beat, but stuff it. The weather is grim and farming stories are quite interesting.

Farmers  could get higher yields and fewer weeds in their intensive grasslands, if they planted more species, scientists claim.

A research project involving more than 20 European countries, coordinated by the European Science Foundation (ESF), found if you plant four species instead of one, you get an additional 3.5 tonnes per hectare of food for your livestock.

You also get fewer weeds in the field. At most sites, the yield from a mix of species exceeded the yield from a monoculture of the most productive plant, an effect known in ecology as ‘overyielding’. And the best mix uses equal quantities of each of the four plants.

“Large areas of Europe are covered with intensive grasslands,” says Finn. He argued that if these grasslands had four plant types, instead of one or two, there would be definite benefits for wildlife. “The research showed that more insects associate with the species-rich swards.” More insects means more food for wild birds and small mammals.