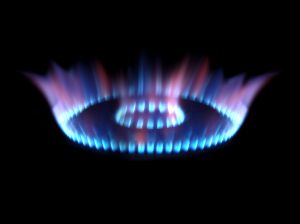 Following on from slapping down Shell over a newspaper advert about sustainability claims the advertising watchdog has now banned a TV ad for ExxonMobil over claims that natural is “one of the world’s cleanest fuels”.

The agency acting on behalf of ExxonMobil responded, saying the statement “natural gas is one of the world’s cleanest fuels” was factually correct and did not overstate the environmental benefits of natural gas as a fuel.  They also submitted an extract from the American Gas Association website, which supported their statement that natural gas was a cleaner source of energy than most other fossil fuels.

But the Advertising Standards Authority (ASA) upheld the complaints and said there were likely to be carbon emissions generated by the liquefying and transport process of liquefied natural gas and that, as a fossil derived fuel, it was a major contributor to carbon emissions and was not therefore environmentally friendly.

The advert can not be broadcast again in its current form and the ASA’s adjudication said:

“Although not Exxons stated intention, we concluded that the ad misleadingly implied that natural gas was one of the cleanest sources of energy and that liquefied natural gas was environmentally friendly.”

ExxonMobil is reported to be considering a challenge to the ASA ruling.